How the Scholarship Fund was established

In February 2018, Mr.Rosh Gurung of Heralo Academy presented a proposal to set up a scholarship fund.

· 1,000,000 Nepali rupees (about 1,000,000 yen) as the source. (Request for an original donation to the Buddha Foundation.)
· The fund is deposited in a time deposit with an annual interest rate of 12% and the interest (investment income) is provided as a scholarship.
· Provide scholarships for about 20 underprivileged students.

In March 2018, the Board Meeting of the Buddha Foundation discussed the Heralo Academy proposal and approved the establishment of a joint scholarship fund, subject to the following

· A contract will be prepared and executed after discussing the details of the project with the Heralo Academy.
· Set a contract period and always review the contract when it is renewed.

May 2018
The details of the project (contract) had not been finalized, but since the gift of the scholarship would be after one year of earning interest, the underlying funds of 1,000,000 Nepali rupees were given to Heralo Academy. 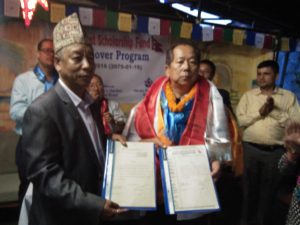 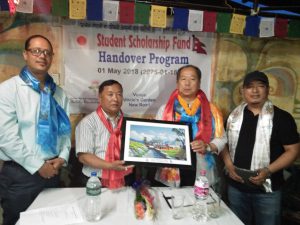 November 2018
As part of the 33rd Nepal delegation, we visited two schools that are planning to select scholarship recipients. 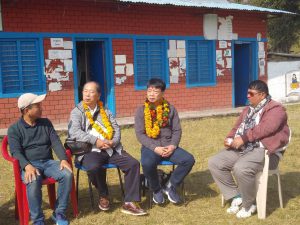 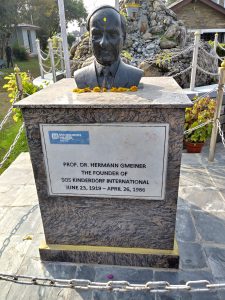 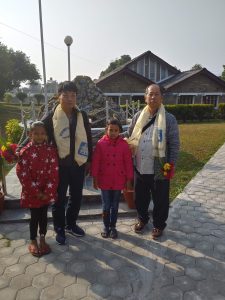 (On the left is a statue of Hermann Gmeiner, the founder of SOS Children’s Village.)

We’ll be reporting on the progress and activities in a new post on this blog!

For more information on the newsletter, please visit ”Please Support Us!“.